I gave up being perfect – Monika Kobylec 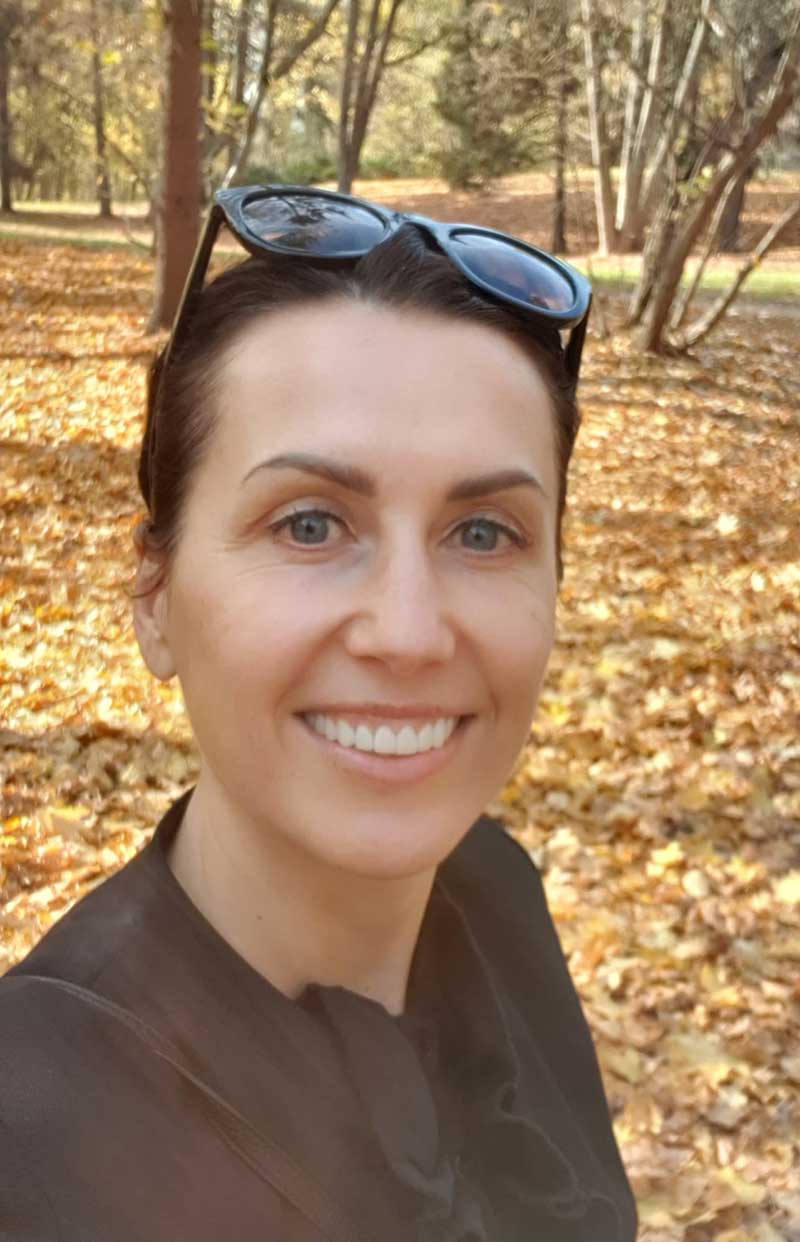 Monika Kobylec is a mother of 2, yogi, businesswoman, wife, scientist and psychologist

Q: I would love if you can tell us how was your life before you became a mother.

My older son was born when I was 28 and I was in a relationship with his father for 9 years. Before he was born, we both graduated and started careers. I worked in trade, banking, marketing and my husband is a doctor. We had many friends, we were doing well financially and we were also professionally fulfilling ourselves. Professional work and development was very important to both of us, as were many hobbies. We traveled a lot. If we had any stress, it was related to professional challenges. Our plans at the time were: building a house, 3 children, moving abroad.

Q: There is a big excitement and love felt when being a parent. In addition to that, did you also experience some fears or challenges?

My husband is an obstetrician-gynecologist, so I don’t actually remember that we have any major concerns. Both sons were planned and awaited. The first son was born after 9 years of relationship and the second after 15. It probably resulted from the fact of education and building a professional position. Motherhood surprised me rather positively. I reorganized my work and opened my own company to be able to work more flexibly. It was actually a driving force for changes that I had never considered before.

Q: How became your vision about your future life after you became a mother?

It is difficult to say, because the early years of motherhood actually significantly limited my perception of the world. I was focused on home, work and child, and then on two. We planned trips differently, because we had to take into account the child’s needs. There were problems in communication, because it turned out that we have completely different visions on how to raise a child and we were not prepared for it. It cost me a lot of energy. My plans were not far-reaching at that time. I stopped having time to read books or go to the cinema. I think time stopped very badly then. I was worried how to be a perfect mother. And I think I stopped feeling completely independent. I think I wasn’t prepared for that.

Q: You are a mother, and at the same time are playing different roles in your life as a yogi, businesswoman, wife, scientist and psychologist. Was it easy to commit to those roles after being a mother?

Actually, when I became a mother, I was only a graduate of the Warsaw School of Economics. Quite effective at work for managerial positions, interested in music, art and sport. I founded the company just before becoming pregnant, for the first time being a mother. I also finally felt a huge development deficit. I didn’t even have time to read books and at one point, I noticed that it was so important to me that I should find time for it. And I gave up a bit being perfect.

In the morning I went to the gym or yoga, then work, and an hour to read. I signed up for a speed reading course to better organize myself and it reminded me of how much I like to learn. I started studying psychology after the birth of my second child, aged 36. I just stated that I go to so many trainings, so it will be easier to sign up for a structured course and simply finish my studies in this field. It perfectly suited my marketing, which I dealt with at work. I also completed an international yoga instructor course, because the classes became insufficient for me.

I also took up scientific work for studies, which turned out to be fascinating. Initially organizing a science club, then writing some articles that were well received.

My final job was related to autoimmune diseases, while my husband was doing a second endocrinology specialization: so I had all the books and a good consultant at my side. Unfortunately, I also have to admit that my husband was not delighted that I devote a lot of time to my passions and it eventually resulted into a crisis. Which, in retrospect, came to our advantage, but it was not a pleasant experience for anyone.

Q: We all hold within ourselves the Yin and Yan energies, feminine and masculine energies. Through the different roles you play, you’ve been able to leverage both. When changing roles, do you find it easy especially that they are very demanding?

This is the most difficult question. Probably the hardest thing to realize is that we play different roles in life and do it consciously. In fact, yoga and meditation help me a lot. They allow for a better insight. It also helps professionally, e.g. I finished a mediation course and I use these skills at work and at home. I learned that I don’t have to sacrifice myself, and I can be a good mother and at the same time a fulfilled woman living her passions.

I like being a mother. It’s very cool because I raise 2 children and at the same time they are my best teachers. It is most difficult for me to find the wife’s role. Maybe just because I have a lot of masculine energy. I have a fantastic husband, he allows me to dominate often and, contrary to appearances, I do not want to dominate or overwhelm him. On the other hand, we met more than 25 years ago and evolved strongly as individuals. So here we are working a bit more on the relationship. I am still looking for the best commonplace for all life roles, so that they can be the most consistent for me and not with what is expected from me. I have a lot of rebellion energy if I have to meet someone’s expectations. I think I’ve got it since I can remember.

Q: Did you experience some moments where you felt you wanted to give up on your passions?

Sometimes I feel overwhelmed, but I don’t have moments that I want to give up my efforts. And so I often have to slow down, let go or change my priorities. I also do not feel pressure that I have to achieve something specific, but development gives me great pleasure. So often my goals evolve and new ones appear. 5 years ago I moved from Poland to London and I had to reorganize my plans. However, in order to not give up on my dreams, I meet with inspirational people, I continue training and sticking to my goal. I want to work as a psychologist, which I currently do to a small extent. So in addition to completing post-graduate studies and planning a break in training as a therapist, I research the labor market and check what other criteria I should meet. At the same time I use other qualifications.

Q: What was the deepest inner transformation (s) you experienced through your journey as a Mom?

The beginnings were difficult. I wanted to be perfect. I learned in psychology that a child needs a “good enough mother”, not a perfect one. And I learned that being a happy parent is actually something that is very important for children. You can learn a lot from children, and also about yourself. We respect and value my children as people. I have often had dilemmas whether I’m not too selfish, or if I don’t harm my children because I don’t focus only on them. However, they are also very independent because of this. It gives them a huge sense of self-efficacy and self-worth. They also positively assess our parental attitudes. We talk a lot, we spend our free time actively, we have common interests and each one is separate. This is very developing for us. Interestingly, and also extremely touching, my sons sometimes declare that they like me as a human being, they see me as a very inspiring and cool person with whom they like to spend time with. I also like our conversations, joint trips to galleries, museums, cinemas, theaters, and then discussions on this topic, as well as conversations about current issues such as school, people, relationships etc. 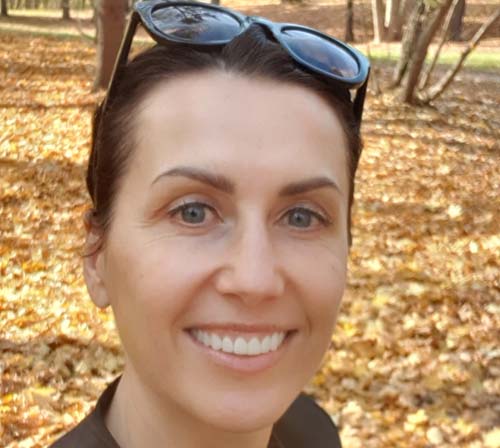 When you’re trying to keep all the parent plates spinning — laundry, healthy meals, a career, kids’ extracurricular activities, the list is endless — it’s very easy to let your yoga practice slide. At first, it’s just one day of “I’ll just skip today and…

When I have time for me, I’m a better mom – Noelani Love

Before I had my son Aukai, I was living a pretty simple life. Enjoying the beach and and spending time with friends surfing/going to clubs to dance, and just starting my jewelry business. I wasn’t actually thinking too much about my future…

Saying No to Mom Guilt and Yes to Following Your Dreams

The first time I felt like a failure as a mother, it was when my first born was only 4 days old. I was sore, overwhelmed and exhausted, and I had never felt more ill-equipped for a task in my entire life. I was sure that no other mothers had thoughts like…

while our natural reaction may be to hide from them, numb them or do anything but embrace them, this may be just the thing that’s keeping us stuck where we are… When we avoid those uncomfortable feelings and try to get around them, we give them…

Please log in again. The login page will open in a new tab. After logging in you can close it and return to this page.